A few days back on a Wednesday, I went to Melbourne AWS programming and tools meetup, at Contino located in Melbourne Central Tower, CBD. I was going there for the first time and so didn’t know what to expect  for the meetup or place and I have to say that it was great both the venue and meetup. Contino had sponsored the pizzas and the drinks for the event.

The workshop I attended was about “Serverless blog page with Gatsby and AppSync” and it was hosted by Julian Pitas of Versent/aCloudGuru. The workshop was very informative, and it was to the point. They provided us with clear steps as to what is to be done and how it should be done. We hosted our own blogs using serverless technology on the AWS platform. Since this was my first workshop and I am rather new to the AWS environment, I didn’t have my own AWS account. Hence, I couldn’t complete all the steps but still was able to do a lot of things like editing the code of the blog and uploading it to my GitHub account. The workshop started with Milan introducing us all to the workshop and organising, Dawn paying respects to traditional owner and Daghan informing us about other initiatives the group is running. Daghan introduced us to Julian Pitas.

The workshop presented by Julian was quite informative & presented well. I found the workshop to be very helpful. Being a student, there is a simple implication as to you should be able to do a lot of things on your own, but AWS is a rather new territory for me I needed all the help I could. And all the organizers along with Julian were very keen on helping each and every one out. They were there to help you at your desk, we just had to raise our hand. And no matter how many times you ask the same things they always replied with the same intensity as to the first time.

It was fun to be with so many like-minded people and to be taught by some of the industry experts. And the best part of the event was the pizzas and drinks, just kidding. Getting to know more about the Gatsby CLI and the serverless technology is what I think was best about the workshop and is what might be used by me in the future because in simple terms cloud is the present and it’s going to be the future also.

The details about the workshop were advertised thoroughly by Daghan and his team. But I got to know about it via the meetup’s slack channel. On how to get others involved, I think this team doesn’t need any help in that matter as they are doing so well, but advertising on social media platforms might do wonders for them and the only recommendation that I would like to give is to try and target the students at the university level more and more. I am a student here and a lot of my friends didn’t know about such events and were very keen on attending it. But apart from that, Daghan, Dawn, Milan and Nikola did an  awesome job and please host more and more of such workshops so that we can get more and more experience on AWS. Thank you to Melbourne AWS Programming and Tools team and Contino for the wonderful workshop.

See you all at the next one!

Thanks vatsal, we enjoyed hosting the Meetup as well.

Thanks vatsal for the kind words. We enjoyed hosting it as well. 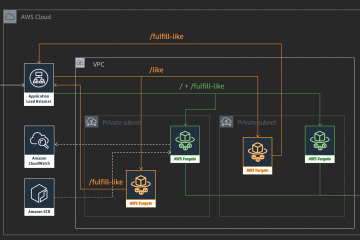 Written by Muhammad Omer Javaid Edited by Simon Mackinnon A few weeks ago, I went along to latest workshop by the AWS Programming and Tools Meetup. The event was sponsored by Deloitte at their office Read more…