Last week I went along to a workshop-based MeetUp by the AWS Programming and Tools meetup group. I had a really good time and learnt a lot!

The event was organised by Daghan and Nikola from the meetup, and run by Benoit Lavigne and Paul Rapa  from Slack’s Melbourne office. They ran a workshop about building Slack apps using AWS and Python. The event venue was sponsored by Ranstad at level 12, 525 Collins st Melbourne.

After the networking and introduction, including some drinks and pizza, Benoit and Paul introduced the Slack API and how it can be automated by using AWS CloudFormation and Lambda services.

The key element of application was to use Slacks API calls to trigger actions or respond to events – read or write data then post messages and use interactive elements such as buttons and menus to create powerful workflows.

As a beginner of Amazon Web Services, there is a lot to learn. However, this was a nice little introduction to AWS and some important services and features.

Slack, as team work application, gives useful real-time communication capability to teams. By making Slack bots, we were able to automate some processes for channels (a Slack terminology which can be thought of as a chat room).

With the combined use of Slack and AWS, specifically CloudFormation (creating API Gateway pointing to a Lambda function), we were able to create bots which can welcome new members to channels and display custom messages and create buttons for interacting with the user. We used the templates defined in Benoit’s repository. This made creating the application, setting up the APIs and hooking up the function really easy.

Benoit also had a number of event handlers defined in the one function, which made moving onto more advanced functionality really easy:

The structure of the whole event was amazing, easy to follow. The workshop was divided in three steps – the instructions in each step were very easy to follow, even for people who were less experienced with Slack APIs, web-applications and AWS

In addition, there were lots of volunteers to guide people with whatever concerns and problems occurred during the creation of their Slack bots.

The event atmosphere was informal and very positive to make network with the help of drinks and snacks. People were continuously reaching over other peoples’ keyboards to help out, and there was always a good level of discussion about whatever the next steps were.

The location was also very good, the office had plenty of space for everyone, and there were lots of screens to follow along with the workshop slides.

I highly recommend coming along to the next event for the AWS Programming and Tools meetup. You can subscribe to the group on the meetup page here.

Great write up @Mitesh! I had a blast at the event too. I’ve been looking at the code behind it since the event, the interactive components (https://api.slack.com/interactive-messages) part allows for some pretty awesome stuff!

Thank you very much Simon.

Really nice write up. Thanks for coming and supporting our meetup

Nice write up Mitesh, and glad to know you enjoyed the meetup as much as we did and see you at the next one! 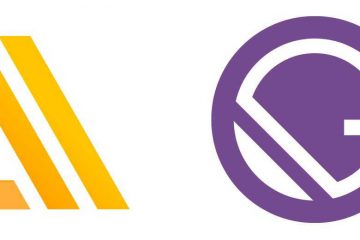 Written by Vatsal SanghrajkaEdited by Milan Kapasi A few days back on a Wednesday, I went to Melbourne AWS programming and tools meetup, at Contino located in Melbourne Central Tower, CBD. I was going there for Read more…